Details Of The Blockchain Wallet 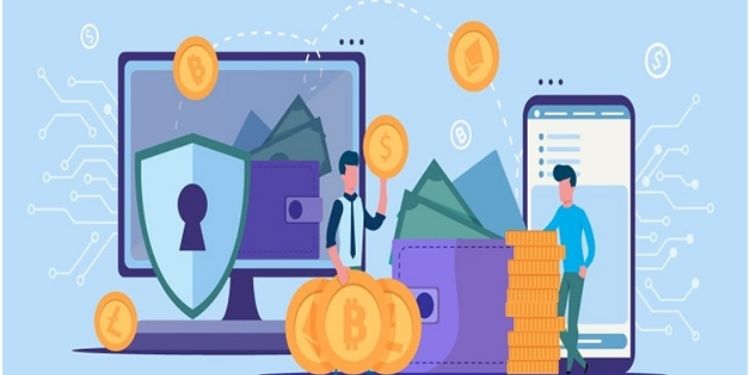 Cryptocurrencies such as Bitcoin and Ethereum are gaining traction due to their numerous advantages over traditional fiat currency. If you wish to utilise one of these blockchain-based cryptocurrencies, you’ll need to understand how blockchain wallets work.

What Are the Advantages of Using a Blockchain Wallet?

Traditional financial systems have flaws that make any transaction difficult.For sure, transactions are sometimes slow. As a result, every transaction must pass through a third party, such as a bank, meaning a single point of failure.

Data could be harmed, altered, or even compromised as a result of various networks where accounts and balances are stored. With blockchain wallets, these issues are lessened or removed.

A blockchain wallet is a type of cryptocurrency wallet that allows users to manage numerous cryptocurrencies, such as Bitcoin and Ethereum, at the same time. It is straightforward to trade money with a blockchain wallet. Because transactions are cryptographically signed, they are safe. The wallet may be accessed from any web browser, including mobile devices, and the user’s identity and privacy are protected.

As a result, a blockchain wallet contains all of the capabilities required for safe and secure fund transfers and transactions. It’s similar to sending or receiving money through PayPal or any other current payment method, except you’re instead utilising cryptocurrency. Depending on your demands and the level of security you require, there are a variety of additional possibilities. Blockchain and Crypto Advertising Platform are the perfect place to advertise your blockchain wallet.

Let’s start by distinguishing between private and public keys and how they relate to a blockchain wallet. When you create a blockchain wallet, you’ll be given a private key and a public key. Consider email as an example. If you wish to receive emails from someone, you offer them your email address.

However, simply giving away your email address does not grant people permission to send emails from your account. Someone will need access to your email account’s password in order to do so. A public key and a private key are used interchangeably in blockchain wallets. A public key can be shared in the same manner that an email address can. When you create your wallet, you’ll also get a public key, which you can share with others to get money.

The private key’s secret is closely guarded. It’s similar to your password in that it shouldn’t be shared with anybody and shouldn’t be hacked. This private key is used to make purchases using your funds. Your account could be hacked, and you could lose all of your bitcoin investments if someone gets their hands on your private key.

The Different Types of Blockchain Wallets

The two types of blockchain wallets that focus on private keys are hot wallets and cold wallets. Hot wallets are identical to the wallets we use for everyday transactions and are simple to use. Cold wallets are similar to vaults in that they hold cryptocurrency in a secure manner. If you want to announce your new blockchain wallet to the public, a Blockchain Press Release is the best way to do it.

Online wallets known as hot wallets allow you to transfer and receive coins fast. They are available on the internet. Two examples are Coinbase and Blockchain.info. Cold wallets are digital offline wallets that sign transactions offline before releasing them online. They are not saved in the cloud on the internet for maximum security; instead, they are kept offline. Cold wallets include Trezor and Ledger, to name a few.

Private keys are saved in the cloud utilising hot wallets for speedier transfers. Private keys are kept in cold wallets or on paper papers that aren’t connected to the internet or stored in the cloud. Hot wallets are accessible online 24 hours a day, seven days a week, and may be used from a desktop or mobile device, but there is a risk of unrecoverable loss if they are compromised. In cold wallets, the transaction technique helps to protect the wallet from illegal access (hacking and other online vulnerabilities).

Wallets are further broken down into three categories:

Cold wallets and desktop wallets are stores that store private keys on cold servers (on your desktop). The wallet can be unplugged from the internet, used for transactions offline, and then reconnected.In the event that the primary server fails, the cold server, which is often your desktop, serves as a backup server.

On the internet, you can get a variety of heated wallets. The use of these wallets on any device benefits users. You might use your mobile browser or a tablet or a desktop PC.A third party stores and manages the private keys via the internet.

Mobile wallets are similar to online wallets, with the exception that they are designed specifically for use and accessibility on mobile phones. To make transactions, these wallets provide a simple user interface.

A hardware wallet is a form of cold storage device, typically a USB flash drive, that stores the user’s private key in a hardware-protected device.These backpacks have the appearance of mobile devices that can be connected to a computer (plugged in). They are less likely to be harmful and hack-resistant, as previously stated. Make sure your hardware wallet is connected to your computer before making a transaction.

A paper wallet is a type of offline wallet for storing bitcoins. This wallet is a printed piece of paper that holds both your private and public keys, which can be retrieved with a QR code. These wallets are widely used to store large amounts of cryptocurrency due to their security.

I hope you now have a firm grasp on the Blockchain wallet, as well as the numerous types of wallets and their uses. It is essential that you investigate and purchase a Blockchain wallet before making a decision. Coinpedia is the greatest place to go if you’re looking for a review of various sorts of Blockchain wallets. They not only provide reviews of different wallets, but they also help with wallet development.