How To Make A Successful Movie Trailer 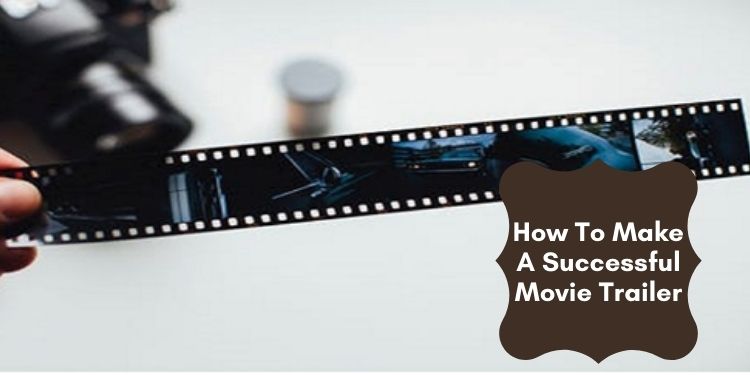 When we think about video editing, it is normal that most of the time we imagine ourselves in front of a screen assembling different scenes for the final mix of a film, but there is another task, similar but different, that is just as important: editing movie trailer.

Creating a trailer is much more than simply trying to summarize a movie in an audiovisual piece of less than three minutes. On the contrary, the trailer is one of the most important tools that the film industry has to attract viewers, since it is the only audiovisual element with which a production has to advertise a film in the same cinematographic format with which it is made.

Now, there are certain aspects that it is important to analyze and take into account when editing a movie trailer. Next, we are going to review them in the form of tips so that you know from now on how to make a movie trailer, regardless of whether it is a trailer for a horror movie, drama or any other genre.

Get attention from the get-go

A trailer is, at its most basic, a piece of advertising communication. In this sense, like all advertising, it must be able to attract the attention of the viewer, since otherwise it is impossible to convey the message.

With this in mind, you should keep in mind, when editing a movie trailer, that the first impression should be impressive. And when we say shocking we are not talking about there having to be an explosion or something like that, but something has to happen that catches the viewer’s attention immediately and makes them want to continue watching the trailer to know what the movie is about.

With the previous point we already made sure to attract the attention of the public and have all the spectators watching the screen to see what happens. Now is the time to take advantage of that and not let them escape us.

Nowadays, with everything the internet offers in a device that fits in the palm of the hand, it is very easy for our viewers to become distracted from what we are showing them. In this scenario, it is essential to be able to maintain the level of tension and attention throughout the trailer to ensure that the audience receives the full message and not just the first twenty seconds.

As we said, a movie trailer is an advertising piece that announces the future release or the current screening of a film. Now think about it, do you think someone would go to see the movie after seeing the trailer, if that very trailer is not able to explain what the movie is about? If you are doubting it, let us help you with the answer: no, nobody would.

You want to make sure that your trailer tells enough about the movie’s story to be understood by anyone who watches it. In the same way, the trailer should not be too cryptic, since what we want is, precisely, that anyone can understand it and not just a specialized or fanatic audience with the genre of the film.

Just as we said that it is important that the trailer is understood and that it tells enough about the movie that people want to go see it, it is also important not to tell too much.

If in our trailer we explain that everything takes place in a town, that there is a young man who is murdered, that there is a policeman who investigates the crime and who finally catches the murderer, who would want to go see the movie if he already knows everything that is going on? to pass?

Don’t overdo it, you don’t need to tell all the details. Be suggestive and leave the door open to imagination. Let the audience be surprised by watching the film and not disappointed by the trailer.

Use the best you have

The movie trailer, as we have already said several times, must be attractive, and to achieve this the best we can do is use all the resources we have.

Is the movie an action movie and is there a cool chase scene? Use it! Is it a romantic comedy and is there a cute and funny scene that will make the audience line up to go see it? Don’t stop putting it on!

There are people who believe that we should not use the best we have to not “burn” the film, and in part they are right (we do not want to make an incredible mega trailer to leave the film completely naked), but it is illogical not to use the resources we have to get an attractive and persuasive trailer.

Use the “add-ons” you need

There are films that, due to their characteristics and / or complexity, need more than three minutes to be summarized. In these cases, you can always use certain “tricks” that help us achieve the perfect trailer: explanatory voice-overs or posters with small summary texts are some perfect tools to achieve a natural and natural condensation of a story within a trailer. understandable.

Make sure to introduce the main characters

Can you imagine the trailer for the movie Perpetual Chain without Tim Robbins or Morgan Freeman appearing? No right? That is because it is essential in a movie trailer to introduce us to the most important characters so that people not only know who will develop the story in question, but also which actors and actresses will participate in the film (a claim that is many times more attractive even than the movie itself).

Take advantage of the benefits of music

Music is a key element in the production of any movie, and it is just as important when editing a trailer.

A song can heighten the tension in a war drama, brighten the mood in a comedy, or frighten audiences in a horror movie trailer. That is why it is important to use music wisely, as it is an absolutely unbeatable medium to provide our trailer with feelings and emotions that, perhaps, the selected images cannot convey.

Make sure to capture the atmosphere of the film

A movie trailer can completely create the audience’s perception of a movie. In this sense, if we do not want the public to be disappointed when they see the film, it is essential that we are able to capture the atmosphere and the feeling of the film with our editing.

Of course we are not referring to the end of the movie, but to an ending that serves as an incentive for people to want to go see the movie. The end of our trailer should be able to close the summary we made of the movie up to that point, leaving the level of attraction at its highest point to leave people thinking: “I have to go see that movie.”

Adapt the language to that of the movie

Show off your prizes

If the film for which we have to make a trailer won an outstanding award, it is good to place these distinctions at some point in the trailer (usually at the beginning, before it starts).

This is particularly useful in films with a “cultural” profile, although it loses some force in films that target more massive and less specialized audiences in relation to the seventh art.

The same happens with the ratings made by specialists from different media (newspapers, specialized blogs, etc.). For some films it will work better than for others, so you will have to analyze the audience that each film is targeting to see if it is useful or not to use this resource.

So far our review of the main characteristics that you must take into account if you want to learn how to make a movie trailer ends. We hope it has served you and you liked it.

Learn to edit your own movie trailer

If you like the idea of becoming a video editor and thus being able to create your own movie trailers, we recommend a tool called FlexClip. It is the kind of movie trailer maker you need with various stunning templates.

Deep learning has acquired a great significance in the last few years. Credit not only goes to the advancements in

6 Ways to Use iPads at Your Next Exhibition or Event

Exhibitions and events play an important role to enhance businesses nowadays. Exhibitions bring people and businesses to showcase their products

Customers at ease with a toll-free number solution