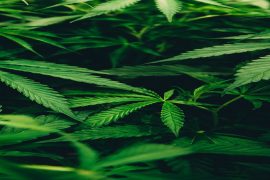 Marijuana has hundreds of chemicals that make it very useful for medicinal and recreational purposes. The laws and regulations on cultivation, use, and distribution of marijuana are based on these two uses, yet the rules vary from country to country.

Many countries are easing the restrictions on medical marijuana due to its many therapeutic benefits. It can be used to manage chronic illnesses, inflammations, eating disorders, appetite loss, Crohn’s disease, Alzheimer’s, and more. Manufacturers like High supplies are offering  marijuana seeds for sale in 2020, also extract cannabidiol (CBD), its non-psychoactive compound, from hemp or marijuana, and use it to make various products like CBD gummies, terpenes, creams, to name a few of the many applications.

In the U.S., 11 states and the District of Columbia (Washington, DC) have legalized marijuana for medicinal and recreational purposes. In some places, state and federal laws conflict. When this happens, federal laws prevail. Although some countries and states have not yet legalized marijuana, it’s no longer a criminal offense to handle marijuana.

To provide a better insight into the rules that guide the international distribution of marijuana, let’s review seven of the most important ones.

Age limit is a significant issue when it comes to the use and distribution of marijuana. Most countries are placing strict age restrictions to prevent potential misuse among minors. The age restrictions target the delivery of psychoactive substances, including tobacco, alcohol, and marijuana. However, marijuana is different from most psychoactive substances as it has medicinal value. Due to this, the age restriction needs to be well defined so minors can reap the benefits while still preventing potential abuse.

In most jurisdictions, age-based rules on the use of medical marijuana are less strict. The reason is to allow anyone in need of the health benefits to access them easily. However, only hospitals or healthcare professionals are permitted to distribute marijuana.

In countries where recreational marijuana is legal, its use is restricted to adults above the age of consent. The age limit in most states for use or distribution of marijuana is 19 years. But it’s 18 years in some countries like Canada (Albert and Quebec) and 21 years in others.

There are mainly two criminal offenses when it comes to providing marijuana to teenagers and school-going children, and both can result in a jail penalty:

Various international drug control treaties require countries to limit the use, possession, and distribution of substances like marijuana. Most nations restrict entry into the marijuana business to ensure that only trustworthy dealers exist.

Marijuana businesses must meet various registration requirements, permits, and licensing before commencing operations. The rules are not limited to states where recreational use of marijuana is illegal; all countries have regulations. Governments mostly enact these regulations for taxation purposes and public safety.

In Canada, there’s a list of government and private retail dispensaries and online outlets that offer marijuana. Anyone can buy skywalker og strain from the online sources provided they meet the age limit. But strict regulations are in place. For instance, private businesses need to obtain a permit to operate the dispensaries. They are also required to train their employees and situated in specific locations. The government also regulates online outlets to keep the number at a minimum due to the challenges of regulating online businesses.

With the heavy regulation the marijuana industry faces, the laws can change from time to time. Besides, distribution laws can also vary from country to country or the place of operation. As a result, the implications of distributing marijuana will depend on the requirements of that area.

Most countries also place restrictions based on the individual’s background and residency. So if you have past convictions, you may not qualify to be a marijuana distributor. This applies to business owners, employees, and contractors.

International laws require countries to control the use and distribution of marijuana. The E.U. only authorized cannabis products with medicinal value. Most countries also permit the use of cannabis for treatment only.

Even though many treat the distribution of cannabis as an offense, most of them have decriminalized it, which means offenders do not get a jail penalty. Some countries use fines, and others use rehabilitative approaches through counseling for the offenders.

There are foreign policies that aim to reduce the cultivation of marijuana to discourage unauthorized supply. Most nations also regulate medicinal drugs like cannabis that can be misused by restricting its distribution to only approved suppliers.

Other countries like Canada have rules that limit the possession of marijuana. The possession limits apply to dry marijuana and to those who meet the age limit. Adults above 18 years can possess up to 150 grams of cannabis.

When transporting marijuana for business purposes, most countries and states require the owners to possess the right licenses and meet other transportation requirements. But in others, the distribution of marijuana is limited to within the country or state. The rules vary from country to country and state to state, so you should check with the licensing authorities if you plan to transport marijuana.

5. Regulation of the Medical Market

The legal cannabis market may hit USD 73.6 billion by 2027, globally. This comes as a result of the increasing legalization of marijuana for medicinal purposes. Consequently, the debate on its regulation continues to intensify, and countries are increasing laws on the use and supply of marijuana. Some of the policies are designed to make it readily accessible to patients due to their potential health benefits.  But it also makes regulating it and ensuring its not misused a challenge.

International law enforcement bodies are paying more attention to the medical market. That’s because of the challenges in monitoring access to medical marijuana. Due to the slow response by governments, the illegal trade of marijuana is on the rise. The use of online platforms to distribute marijuana makes restricting marijuana use much more difficult. The number of unauthorized traders offering marijuana products is increasing day by day. While some online customers are genuinely buying the products for health benefits, most of the products are not standardized.

International drug regulatory agencies and governments are working together to ensure that online marijuana retailers are regulated. The goal is to ascertain that only authorized or licensed sellers offer quality marijuana. In many countries, online sellers must register and receive clearance certification for medical marijuana distribution.

According to international laws,  the cultivation, possession, or distribution of marijuana is permitted only for medical and research purposes. That means owning marijuana for recreational purposes is a criminal offense. For a long time, most countries used to punish offenders through jail. Currently, governments are lightening the penalties for offenders. The laws governing marijuana around the world fall into completely legal, medical-legal, or decriminalized laws.

In particular, decriminalization is gaining popularity. That means using, distributing, or possessing marijuana is no longer a criminal offense. Instead, offenders are required to pay a fine with no imprisonment.

Governments are responsible for making decisions and rules that prevent their citizens from abusing psychoactive substances like marijuana. However, devising universal rules among governments on marijuana is tough. But that’s not to mean that there hasn’t been any success. The Single Convention on Narcotic Drugs of 1961 was adopted internationally.

Regulating the distribution of marijuana means controlling its production and distribution channels. Most governments are beginning to realize that the absolute prohibition of the marijuana market doesn’t work. Instead, it creates loopholes for the black market. They are now shifting to less punitive supply models legally regulated using different levels of restrictions. Some nations use more than one of the models. They include:

Marijuana is promising because of its alleged medicinal properties. However, it can lead to addiction. As a result, authorities take measures to control the production and distribution of marijuana. People engaged in activities involving marijuana can face penalties if they fail to comply with specific regulations.

Mugshots- How Can One Remove Them From The Internet

As the society we live in has always judged people. Every person is concerned about their image in front of