Strengths of Initial Coin Offerings as a Crowdfunding Choice 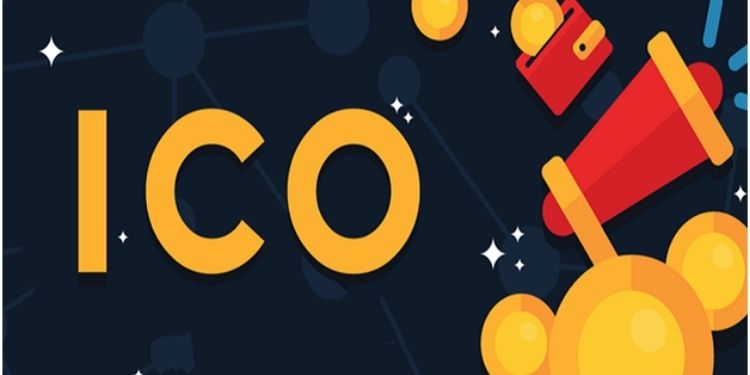 Bitcoin revolutionised the financial world only a few years ago. The interest in blockchain and alternative currencies rose in tandem with Bitcoin’s success. As a result of this rise, people began to realise that bitcoin might be used to raise finances.

This was a goldmine in a world where early-stage investment has high barriers to entry. Enter the ICO (initial coin offering). Businesses may use this method to collect funds by creating cryptocurrency coins.

What Is An Initial Coin Offering?

In the world of cryptocurrency, an ICO is very similar to an initial public offering (IPO) for a stock. Companies will raise funds through ICOs, token sales, and crowd sales events. They accomplish this by issuing cryptocurrency in the form of a new crypto token to interested parties.

Assume you own a Silicon Valley-based company with a brilliant new cryptocurrency idea. Perhaps you want to improve the efficiency and security of hotel payment systems. We’ll name the term LodgingCoin in our example below.

However, there is a problem: you need investors to create a viable currency alternative and platform. What if you didn’t have to apply for a bank loan or contact venture capitalists?

Instead, what if you could raise money without giving up control? This is where the ICO shines, which is why, as a business owner, you should know how to launch an ICO:

Your goal is to get a lot of interest, buy-in, and use for your business idea. The value of the currency rises as a result of the high circulation. As a result, people’s initial investments grow, just like a stock does after an IPO.

This highlights a key difference between ICOs and initial public offerings (IPOs). The launch of an ICO, unlike an initial public offering, does not result in ownership stakes in the venture. If you want your ICO to reach different parts of the world, Blockchain and Crypto Advertising Platform are the best sites.

The Advantages of Initial Coin Offerings

Initial coin offerings (ICOs) provide a slew of advantages to entrepreneurs seeking to launch or expand their businesses. There are major entry barriers to IPOs and other funding solutions. It is, however, rather simple once you understand how to begin a project coin.

The following are only a few of the many benefits of initial coin offerings.

Token sales are not the same as equity sales in a large-scale IPO. The Securities Exchange Act of 1934 imposes stringent restrictions on initial public offerings. The selling of digital keys can be comparable to a token launch.

An IPO is usually only open to investors with a net worth of more than $1 million. Tokens sold at an initial coin offering (ICO) can be sold to anybody because most sales are anonymous.

An initial coin offering (ICO) allows global investors to invest in new coins. In many cases, digital currency transfers into project coin offerings are a global initiative. If an IPO account received hundreds of wire transfers in minutes, the assets would most likely be frozen. Token sales paid for with digital cryptocurrency, on the other hand, are always available.

Furthermore, the United States accounts for less than 5% of the global population. Global international availability means that the available funding base is 20 times higher.

When a token is sold in an ICO, it has a monetary value. In a worldwide, 24-hour market, this value is free to fluctuate.

This is very different from the equity in an IPO. In some cases, it can take a decade for investments in IPOs to become exit-capable. Tokens, on the other hand, can be sold in minutes.

It makes no difference whether you use or sell the tokens you bought in an IPO. The difference between a decade and ten minutes, on the other hand, is 500,000-fold. Granted, the potential returns from an IPO will be far greater in most cases over ten years. As a result, there is faster growth and far greater liquidity of funds.

Companies flock to Silicon Valley for many technology-driven IPOs. Wall Street is “the place to be” for comparing financial offerings. However, because token launches can take place anywhere in the world, this condition is significantly reduced.

Successful entities can raise funds through ICOs from whoever and wherever they want, no matter where they are located. This eliminates the entry barriers that once limited success to specific geographic areas. Ethereum, one of the most well-known initial coin offerings (ICOs), has no physical presence.

The ICO launch model, on the other hand, provides a much more feasible approach. Technology companies and open source projects will use a coin offering to distribute their wealth. This procedure also aids in aligning user bases that will benefit from the company’s growth. Cryptocurrency Press Release is also the place where you can reach the world to introduce your ICO.

For investors, the holy grail of opportunity is a business model that outperforms “free.” Users profiting from being in the early stages of adoption are a great incentive for ICO investment.

There are no intermediaries or blocks between coin buyers and sellers. Shortly after it is created and launched, a cryptocurrency can be sold on the crypto market.

The benefit of this is that it is a quick and efficient process for both businesses and those who invest in them. The process of buying stock in an initial public offering can only be described as lengthy.Purchasing an ICO, on the other hand, is as simple as obtaining the appropriate purchasing currency and waiting for the launch.

Many extremely valuable features are available in initial coin offerings.Utility is the first and most crucial factor to examine. Many ICO experts agree that a coin offering should be more than just an asset that can be bought and sold on exchanges. This utility distinguishes between successful ICOs and failed projects, of which there are many.

Several analysts have detected a common thread in community support. ICOs that participate in discussions continue to have a higher level of success than those that do not.

When it comes to obtaining business funding, ICOs are a novel and innovative approach. Although initial coin offerings have some drawbacks, they also have some significant advantages. They’re an ideal crowdfunding vehicle because they have the potential for massive returns from passionate investors.